Explaining xgboost predictions with the teller

Nowadays, explaining the decisions of Statistical/Machine learning (ML) algorithms is becoming a must, and also, mainstream. In healthcare for example, ML explainers could help in understanding how black-box – but accurate – ML prognosis about patients are formed.

One way to obtain these explanations (here is another way that I introduced in a previous post, based on Kernel Ridge regression), is to use the teller. The teller computes explanatory variables’s effects by using finite differences. In this post, in particular, the teller is utilized to explain the popular xgboost’s predictions on the Boston dataset.

Our objective is understand how xgboost’s predictions of medv, are influenced by the other explanatory variables.

We start by importing the packages and dataset useful for the demo:

The dataset is splitted into a training set and a test set, then xgboost is adjusted to the training set:

The teller’s Explainer is now used in order to: understand how xgboost’s predictions of medv are influenced by the explanatory variables. 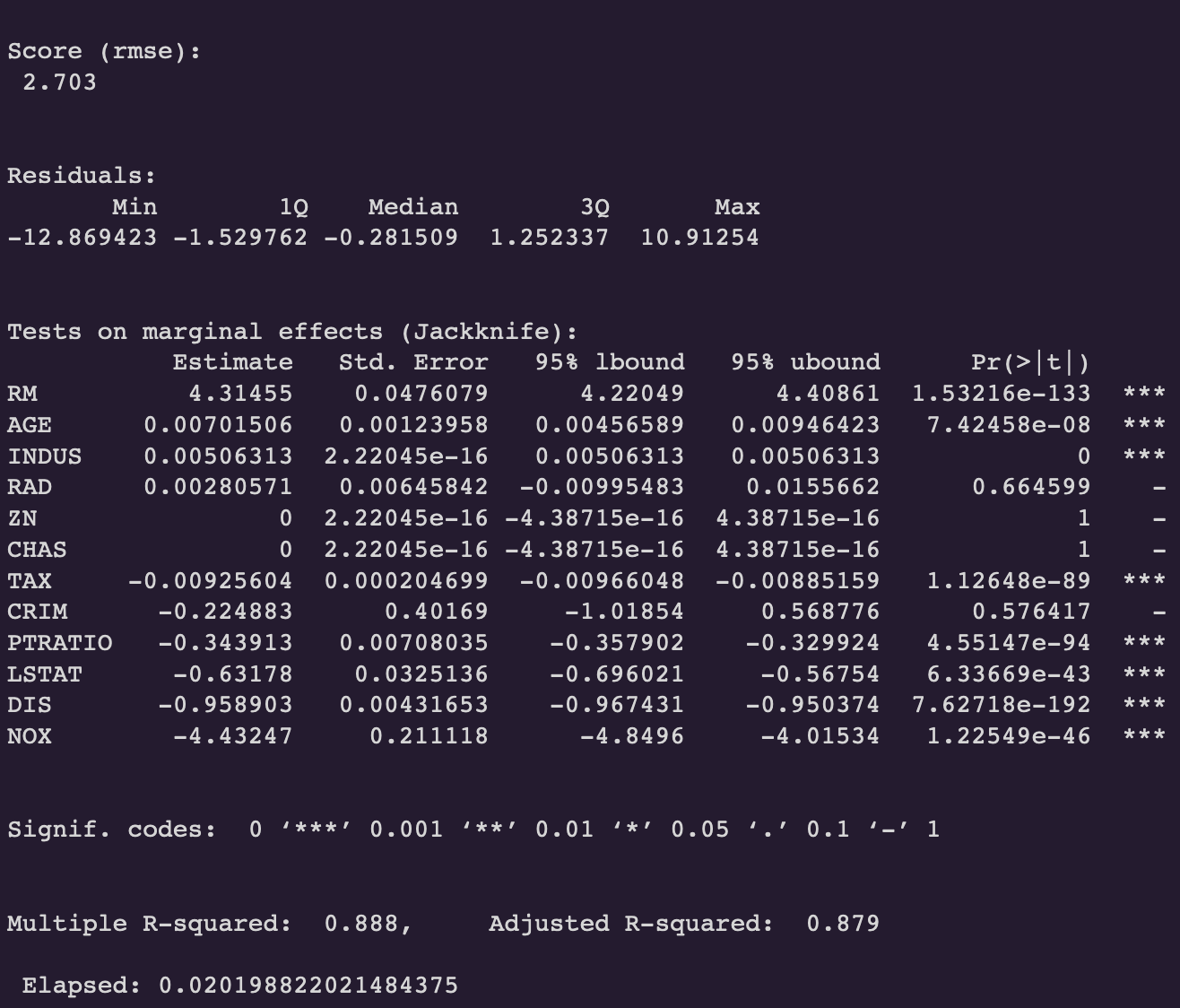 The variables with the most impactful effect on medv are nox and rm which is an acceptable observation: an increasing number of rooms drives the price higher, whereas pollution, an increase in nitrogen oxides concentration (as long as the information is well-known by people in the city) drives a decrease in home prices.

In order to obtain the 95% confidence intervals presented in the output, Jackknife resampling is employed. If the confidence interval does not contain 0, then the average effect is significantly different from 0, and the hypothesis that it’s equal to 0 is rejected with a 5% risk of being wrong.

The little stars on the right indicate how significant is the Student test (not robust, but still carrying some useful information) “average effect of covariate x = 0” versus the contrary, with a 5% risk of being wrong.

Armed with this, we could say that in this context, in this particular setting, removing RAD, ZN, CHAS, CRIM is suggested by xgboost and the teller.